Understanding dog behavior doesn’t have to be difficult, but it can seem that way since we are so far removed from the domestication of dogs.

Dogs are not only man’s best friend, they are also the oldest. They were the first animals ever to be domesticated, and have been living in human societies for over 10,000 years.

The dogs we know and love today most likely diverged some 40,000 years ago from an extinct wolf-like creature. We have selectively bred the domestic dog (or Canis familiaris ) for centuries and made them an integral part of our societies. 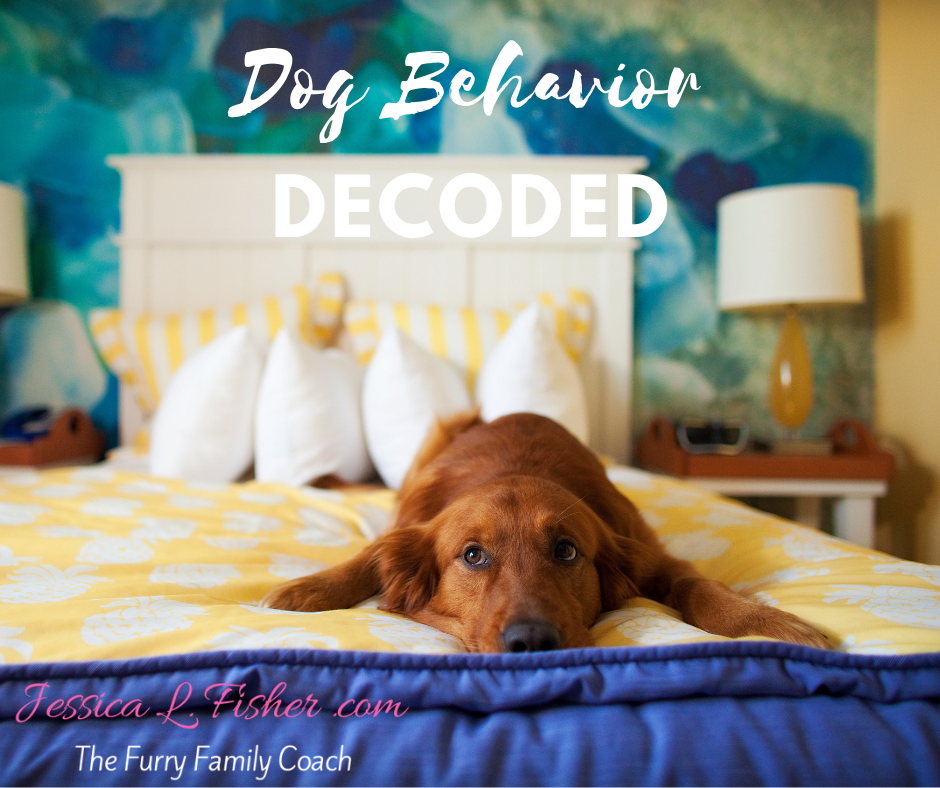 Dogs have co-evolved with humans. They have spent so much time with humans over numerous generations that they understand human behavior better than almost any other animal.

Dogs possess surprising social-cognitive abilities, giving them a unique ability to understand and communicate with us. When we talk about dog behavior, we are referring to the different ways in which an individual dog or a group of dogs respond to various stimuli.

Let us try to better understand the different aspects of dog behavior.

Dogs are some of the most versatile mammals. Selective breeding by humans as well as natural selection has led to notable diversity.

Although genetically all of them are mostly alike, they vary greatly in their appearance as well as their behavior. A specific breed of dog possesses a set of unique inherited characteristics. Different dogs were bred keeping different functionalities in mind.

Some dogs were bred to fight and fend off any predators, some to hunt and others for their playfulness or tameness. The dogs we have as pets today retain some of these traits, so you can expect a slight difference in behavior of different breeds.

Other dogs are genetically more possessive or aggressive than others. However, it is not wise to think the breed of your dog is the only factor that dictates it behavior.

If you are interested in finding out your dog’s personality, various different approaches, like testing his reactions in different familiar and unfamiliar situations, can help.

Dogs communicate with other dogs as well as human beings in a number of ways. They use their facial expressions, body postures, scents and tastes, as well as sounds to interact with the world around them.

Using their senses, they manage to convey their feelings and intentions to others. They can understand the modes of communications you use, such as voice, hand signals, gestures and postures.

Howling and barking can let you know more about his behavior and personality than you probably imagine. A dog barks in a different way when he is alarmed as compared to when he is seeking attention.

Just like humans, dogs are social animals. Their behavior and personality has been greatly affected by social interaction with humans.

Dogs have been accompanying humans since the time we used to gather and hunt for food. Humans have tamed and domesticated dogs through food, petting and voice.

It takes as little as 90 minutes in the critical stage of socialization, for puppies to develop social attachment with their owners.

Dogs have evolved with us. Studies strongly suggest domestic dogs need human interaction as much as they need interaction with other dogs. When dogs play with human beings, their cortisol levels increase and they display happiness.

Humans need dogs as much as dogs need us. Humans who have strong bonds with their dogs are socially active and healthy. Service dogs help people with disabilities while detection dogs help keep humans safe. We have a strong impact on a dog’s behavior and vice versa.

In order to understand your dog’s behavior, it is important to acknowledge his intelligence. Dogs have an exceptional ability to process information, retain it and utilize it for problem solving.

Dogs have an impressive learning capacity and a superior memory. They have the ability to associate as many as 1000 different words with the respective verbal commands. Dogs have a keen sense of what is happening around them. They warn epileptic patients of an attack many minutes before it actually occurs. They have displayed abilities to deceive and steal.

Like most other intelligent mammals, dogs have the tendency to play. Most of their playtime involves mock fights, where they bite, nip and growl at each other.

Playing with each other helps dogs bond. Dogs like to play with humans to help develop a long-lasting relationship. Humans and other primates display “facial mimicry”, which is involuntary mimicry of other person’s facial expressions. Dogs show this as well.

Many dogs have the natural instinct to dominate. You can tell a lot about a dog’s personality by the way it behaves in a group. Your dog is a dominant dog if he barks when a stranger comes to your house, starts to eat food earlier than other dogs, and wins all his fights with his peers.

The dominance of a dog does not depend on his size. It is purely a behavioral trait that helps a dog cement his position in a “pack”, group or family.

Dogs have the precious ability to empathize, not only with dogs but with other animals as well. They tend to help out their own kind when they are in trouble or under stress.

Dogs are more careful when around babies or people with mental or physical handicaps. A dog will respond to a crying human with concern. They are not only empathetic towards their owners but also to strangers.

A dog that is a companion of his owner heavily depends on his owner, while a dog who has more of a working relationship with his owner is more independent and self-sufficient. An independent dog displays better cognitive and problem-solving skills.

All of the above discussed qualities and personality traits better equip you to detect any behavioral problems in your dog and help rectify them. Some of the more common behavioral issues are as follows:

Aggression is one of the most common and potentially dangerous behavioral problems in dogs. An aggressive dog may growl, snap and even bite, causing life threatening injuries. Dogs may show aggression out of fear, to protect their territory or in self-defense.

Loud noises, such as gunshots, burst tires, fireworks and thunderstorms may elicit stress and anxiety in canines. An anxious dog may also become aggressive.

Dogs get attached with their owners quickly and develop deep bonds. When they are separated from their owners, they show signs of serious separation anxiety. It materializes as destructive behavior, urinary elimination and vocalizations.

Dogs are complicated, intelligent and interesting creatures. They have varied behaviors. They are empathetic and aggressive, dominant yet social, loyal and faithful. The friendship between humans and dogs has helped both creatures evolve over the years. By understanding your dog’s personality and behavior, you can better appreciate this precious bond. 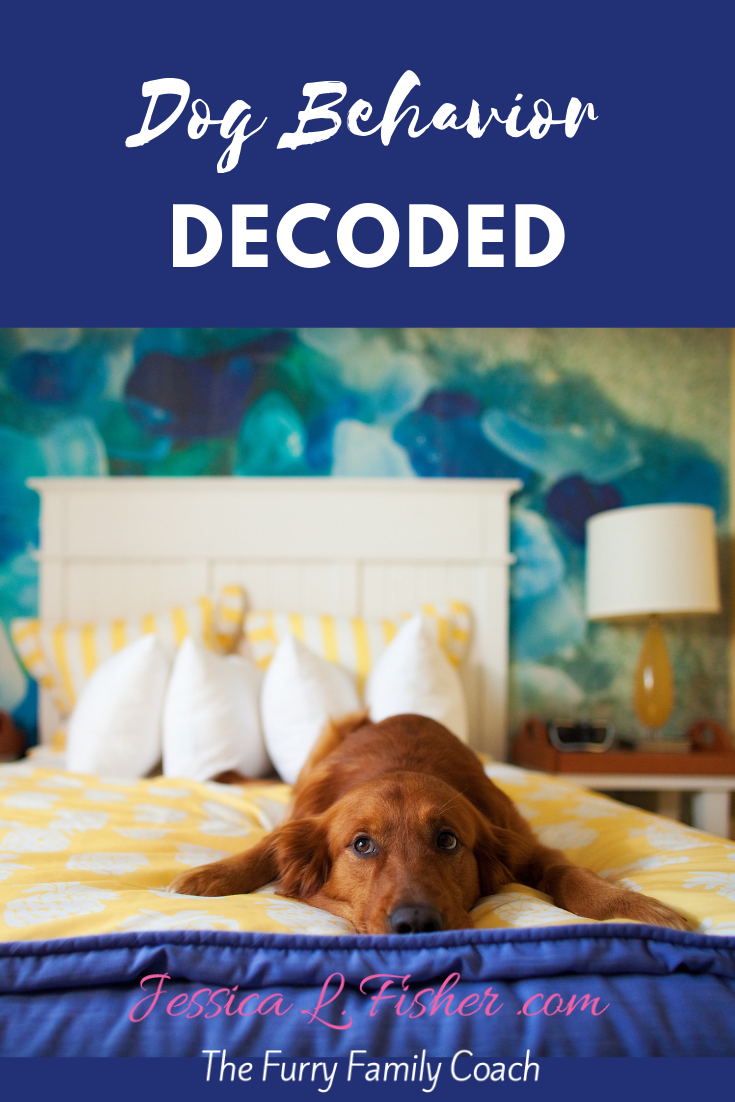