Cats are considered illusive and mysterious animals. However, if you pay a little attention they are ready to reveal all the mysteries. They are sociable animals that have plenty to offer to humans.

Felis Catus is the Latin name of your feline friend. The domestic or feral cat is a small carnivorous mammal that usually has fur all over its body. They are not so distant cousins of the royal big cats, as they have the same body proportions as lions, tigers, or leopards.

Cats and humans go way back. It is a well-documented fact that Egyptians used to revere cats and considered them sacred. However, it has recently been revealed that humans have had cats as their friends for about ten thousand years.

Today they are one of the most loved pets all over the world. According to some estimates there are as many as 600 million cats living with their elated owners. Following information can help you know more about these trusted friends of yours.

What is cat behavior?

Cat behavior refers to the way cats respond to various stimuli and interact with their surrounding environment. Cat behavior can be understood by deciphering their various traits, habits and qualities like their communication and socialization, senses and abilities.

Understanding the behavior of your cat can help you strengthen your bond with your cat and help you understand the reasons for any out of ordinary behavior.

It is good to know where your cat comes from. Domestic cats are a member of a group of small cats called genus Felis, having a common ancestor that lived around 7 million years ago in Asia.

The fascinating thing is that cats have pretty much remained the same since then. Domestication has not brought any significant changes in the anatomy or behavior of cats. That is why your cat is perfectly capable of surviving in the wild.

Different breeds of cats may look slightly different on the outside; internally they are pretty much the same.

Powerful jaws and protractible and retractable claws make them formidable carnivores. Cats have highly adaptable bodies. They are capable of handling temperatures as high as 133F and depending on the thickness of their coat, they can survive sub zero temperatures.

They can go long without drinking water and can even process seawater. Though none of these are recommended as they can still cause adverse effects.

Ever wondered why your cat has “Cat’s Eyes”. They, like all other felines, have uniquely evolved eyes that reflect the light that passes through retina back into the eye, using light to the fullest and gaining the ability to see perfectly at night.

Their hearing is not shabby either. Their ears can hear higher-pitched sounds then both dogs and humans. Well-developed olfactory bulb is the main reason behind their acute sense of smell.

The many whiskers on their body and face help them interact with their surroundings and navigate with ease.

Domestic cats are among the most intelligent mammals. They have the ability to understand human language, solve problems and learn new behaviors.

They have big and complex brains, which they fully utilize to communicate effectively. They have highly developed sensorimotor intelligence and have the capacity to understand that objects continue to exist even if they have been hidden.

They fully utilize their acute senses and intelligence while responding to external stimuli. They use their voice, their body as well as their bodily fluids to interact and communicate with environment.

If you think, your cat’s meows do not mean much, you are wrong! Next to birds, domestic cats have the widest range of vocalizations of any domestic pet.

Meow: It is the most common sound you hear from your cat. It can be a welcome home gesture or a sign that she needs attention or food. A soft meow can also be a sign of illness or distress.

Purring: Only felines make this unique sound. The way they do it is not clearly known. Cats generally purr when they are secure, content or sleeping. However, they do “worry-purr” sometimes.

Chirps: Chirps, trills and chirrups are bird-like sounds that the cats use to get your attention or to display happiness and excitement.

Chatter: It represents your cat’s predatory excitement. Her stress and disappointment for not being able to get her prey is conveyed through the chattering of her teeth.

Hiss: This sound so closely linked with a cat lets you know that your cat is afraid and is in the attack mode. Usually the hiss is accompanied with snarls and growls indicating a cat’s aggression or territorial concerns.

Yowl: This elongated meow sounds like a moan. It represents your cat’s worry discomfort or mating issues. A cat is more likely to use a yowl to communicate with other cats rather than humans.

In addition to these sounds a cat may also vocalize through spitting, caterwaul as well as screams.

Body language of a cat can really help you understand her behavior. The different postures and gestures are used by a cat exclusively to communicate.

A cat uses her ears, her facial expression, her eyes, tail as well as back-posture gives you clues about her behavior. Let us look at some of the emotions and intentions that your cat communicates through her body.

Relaxation: When a cat is relaxed her ears are up and forward, the tail is horizontally behind her or hanging loosely down. The cat breathes slowly, and is usually lying down.

Aggression: The cat shows her fear and aggression through hissing. The body is curled up and the hair is raised. The ears are flattened back and the eyes are dilated. The tail is puffed up and standing upright.

Anxiousness: When a cat is worried or anxious she flattens her ears and points them to the sides. The pupils are dilated. The cat is usually lying on its belly with its tail curled closed to the body.

Excitement: When a cat is very excited to see you, she may hold her tail straight in the air and twitch or quiver it. The body is relaxed and the ears are erect. The pupils may be slightly dilated.

Alertness: When a cat is alert and ready to investigate something, her ears are erect with her pupils dilated. The tail is horizontally standing behind her, or even slightly drooping.

Marking their Territory through Scent

All felines including domestic cats are territorial animals. One way in which cats mark their territory is by rubbing their face on various objects in their favorite area.

They are actually rubbing the “contentment pheromone” that is produce in glands in their cheeks. The scent glands near a cat’s anus produces scent that is deposited on the feces and is excreted. These scented feces serve as an effective marking tool. The cats may also use their urine to mark their territory.

Kneading is a unique and precious behavior that all domestic cats display. Kittens knead instinctively when they are nursing.

Kneading kittens press their front paws one after the other against their mother’s tummy. Cats remember the satisfaction and contentment they experienced in their childhood and continue the kneading all through their lives.

It is often accompanied with purring, and is a sign of contentment and affection.

Domestic cats are highly social animals that are happy to share to interact with other animals as well as humans. Their sociability is evident from their behavior.

Cats like to be squeaky clean. They spend many hours in a day licking their coat, making sure it has no dirt, irritants or fleas in it.

Cats have really strong tongues that have many backward-facing spines called “papillae”. The cats used their tongues like a hair brush to expel any debris from their furs.

The cats may swallow some hair during the process, which they regurgitate as hairballs. Cats groom other cats as well to show their affection and concern for them.

Cats are known for their curiosity. They love to play and are naturally inquisitive. This is a sign of their intelligence and their desire to socialize.

Cats play with other cats as well as humans. Their play mimics hunting and helps them learn stalking, capturing and killing the prey.

Cats love to play with small objects that look like their prey and through practice sharpen their skills. Their desire to know helps them learn more about their environment and strengthen their relationship with other animals and their owners.

Cats and humans have lived together for millennia. Domestication of cats has allowed cats to trust humans, and they have grown to enjoy their company.

Cats are one of the favorite pets and they happily live with humans in various different geographical and climatic regions. They get food, shelter and love from humans and we get a great companion and friend.

Kittens can easily be socialized when they are between four to eight weeks old. Humans can develop long lasting bonds with cats by spending some quality time holding and playing with them, when they are young.

Cats have a calming effect on humans and various studies have suggested they can help people suffering from depression and other stress-related illnesses. So, take care of your feline friend and enjoy her company. 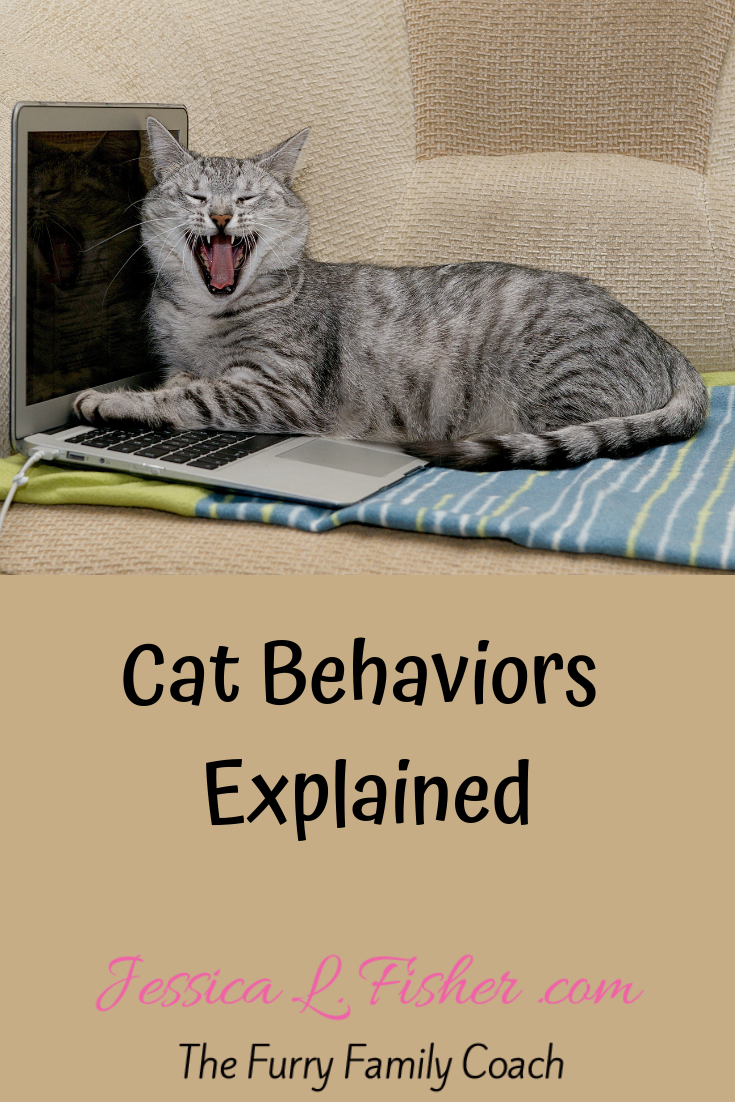